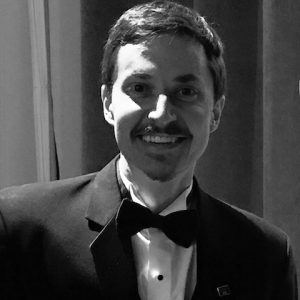 This World is not Conclusion.
A Species stands beyond –
Invisible, as Music –
But positive, as Sound –
~Emily Dickinson

Alex Mackyol is a sound designer and engineer in Los Angeles, and has designed numerous productions around the country. Some of Alex’s most notable designs were for the World premiere of the critically acclaimed new play, The Dodgers, and the World Premieres of We Are the Tigers: A New Musical, Heartbreak Hotel, & Reunion, The Musical. Alex has also been the resident designer at Glendale Centre Theatre for the last 3 years, and is currently touring with Seibo, LLC, as their lead audio designer and engineer. Alex is also a seasoned veteran on the stage, having toured with Jesus Christ Superstar, performing as Annas alongside Ted Neeley, who reprised his role as Jesus of Nazareth.