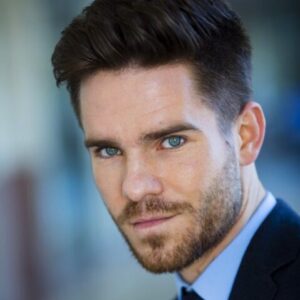 John Redlinger is an accomplished actor and filmmaker originally from Dallas, Texas. He has appeared in shows such as Banshee, The Originals, Devious Maids, and Nashville. He recently played the lead role in Thirst, an action film currently enjoying a run on the SyFy channel. His work has won awards in several film festival competitions in Los Angeles, San Diego and Dallas. Additionally, his short film The Crossing secured a screening at Cannes International Film Festival in 2013. John holds a degree in theater from USC.

Inspired by Emily: I’ve always been drawn to how she so successfully captures abstract concepts and feelings with concrete images. That skill, combined with her wit and pathos, empower her poems to be evocative of our shared human experience.