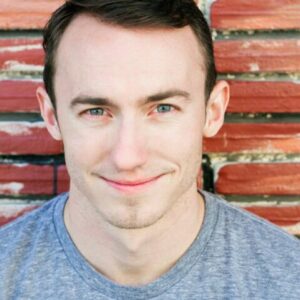 My friends are my estate.
~Emily Dickinson

From stage to screen to the printed page, Matthew G. Hill is a storyteller by trade and by heart. He believes in the power of story and hopes to use it to inspire.  Matt has served as an artist-in-residence at the National Theatre of Croatia, the Getty Villa, and the Annenberg Beach House. He is currently the associate artistic director of the Rogue Artists Ensemble and teaches design at the University of La Verne.  Matt has won an Ovation Award, a Stage RAW Award, an LA Weekly Award, both the Chronos Prize and Kairos Prize for screenwriting, and three CSPA Gold Circle Awards.  He has designed more than a dozen Telly Award-winning campaigns.  He has also been nominated for a National Youth Arts Award, a Jerry Herman Award, a LA Drama Critic’s Award, and more.

Inspired by Emily: I can’t help being inspired by a woman who was so authentically herself. Her sharp wit and freedom of verse could both only come from a special kind of intimate genius, requiring open senses to behold the world and a big vulnerable heart with which to feel it.